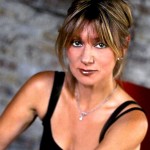 Skeaping is a noted exponent of the broadside ballad repertoire, popular songs from the seventeenth century, and also plays baroque violin, fiddle and rebec, among other instruments. Her involvement with the often profane mediaeval ballad repertoire led to The Daily Telegraph describing her as “the bawdy babe of Radio 3”.

She began her training as a violinist at the Royal College of Music, developing an interest in early music as a result of a chance meeting there and cultivating an interest in the lute and viol, among other instruments. After graduation she formed The City Waites, a four-piece group specialising in the broadside ballads of 17th-century England, before being attracted to theatre and thence to presenting children’s TV programmes for the BBC, including Play School. She moved back to music full time, working with the City Waites, the Consort of Musick, the Martin Best Ensemble, the Michael Nyman Band, the Sadista Sisters and the English Consort of Viols before eventually forming her own band The Burning Bush.

As a solo artist and with her groups she has toured extensively and recording over 30 CDs, and has collaborated with musicians and broadcasters including Ken Dodd, Simon Schama and Michael Nyman. She was commissioned by the BBC to present music documentaries, and developed the weekly series Music Restored which became The Early Music Show. She sings in English, Yiddish and Ladino (Judaeo-Spanish), and is of Jewish extraction.