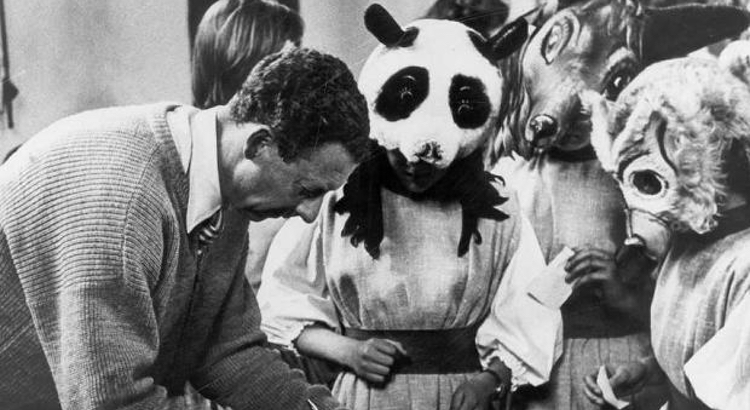 FCMG was founded in 1958 to give the first amateur performance of Benjamin Britten’s Noye’s Fludde, and for most of its life has been the most celebrated children’s choir of its kind in the UK. Since its formation it has pursued an ongoing commitment to the commissioning of new music for children’s voices. Composers who have written for the group include Brian Chapple, Malcolm Williamson, Sir Peter Maxwell Davies, Alex Roth, Piers Halliwell, Christopher Gunning, Malcolm Singer, Joanna Forbes L’Estrange and Alexander L’Estrange, and Alastair Putt.

FCMG appearances at the BBC Promenade Concerts in the Royal Albert Hall, London include Weill’s Propheten (1998); Nielsen’s Springtime in Fünen (1999); Alex Roth’s Earth and Sky (2000) with Joanna McGregor, Britten’s War Requiem (2004), Beethoven’s 9th Symphony (2005), Sir Peter Maxwell Davies’ A Little Birthday Music for the Queen’s 80th Birthday (2006), and Berlioz Damnation of Faust (2008). More recently at the BBC Proms FCMG singers have performed Mendelssohn’s A Midsummer Night’s Dream with the BBC Scottish Symphony Orchestra at the Royal Albert Hall (2016) and they joined the Ten Pieces Children’s Choir, for the Ten Pieces Prom, as well as conductor Kazushi Ono, the BBC Symphony Orchestra and the New London Children’s Choir for the European premiere of ‘Hibiki’ by Mark-Anthony Turnage (2017).

Other highlights have included Orlando Gough’s 2001 project for Artangel, Because I Sing; Ravel’s L’Enfant et les Sortileges and Britten’s Spring Symphony both under André Previn; and High Mass at the Cathedral of Notre Dame de Paris on All Saints’ Day 2003, performing Britten’s Missa Brevis,

In stark contrast, singers from FCMG performed live with Madonna at the Live Earth concert at the new Wembley Stadium in 2007.

FCMG has made recordings for television, radio, film and disc – including a TV musical of A Christmas Carol for NBC starring Kelsey Grammer of Frasier, and an episode of Silent Witness for the BBC – and has led the singing in prestigious events such as the VE and VJ Day memorial celebrations before Her Majesty the Queen.

FCMG has recorded a substantial amount of American Jewish music for the Milken Archive in Santa Monica, California. A 50 CD set from that project was published in 2005 by Naxos and further recordings are still being released as part of an online archive at www.milkenarchive.org

The FCMG Christmas 2004 CD, Bethlehem Down was released on Naxos 8.557581, in aid of Hope. Our previous Christmas collection Little Donkey (1997), under the direction of Murray Stewart, was sold in aid of Great Ormond Street Children’s Hospital.

Over recent years the choir has been used extensively to record tracks for Sing Up!, the government initiative to encourage singing in primary schools.

Their 30th anniversary production of Noye’s Fludde was the first fully staged Promenade Concert at the Royal Albert Hall, and in their 40th anniversary year they took part in the world premiere of the children’s opera Alexander the Great by David Blake, on the island of Lesbos in Greece.

In 2009, to celebrate its 50th anniversary, FCMG commissioned a major new opera from composer Malcolm Singer and librettist Nick Tozek – The Jailers Tale. This was first performed to great acclaim at the ArtsDepot in Finchley and subsequent performances included the Royal Festival Hall.

And to continue in this tradition in 2019 for its 60th anniversary, FCMG commissioned two new works: Winter Songs by Joanna Forbes L’Estrange & Alexander L’Estrange – a set of songs on the theme of winter; and Under the Giant Fern of Night with music by Alastair Putt and text by Rebecca Elson – three poems by Rebecca Elson’s and an extract from her journal, combined and resulting in four songs. These two works premiered with great success at Queen Elizabeth Hall.

FCMG is a registered charity. We have no premises of our own, but rehearse in rented space at a North London primary school. Apart from the music staff and a part-time General Manager, the choir is very much dependent on parents who voluntarily take on all other aspects of its organisation including fundraising, chaperoning etc. Choir members are charged a fee to cover costs but there is financial assistance available in cases of hardship to ensure that children are not prevented from joining by family circumstances. The children and young people who make up FCMG are drawn from a wide variety of social, economic and cultural backgrounds. There are currently a little over 160 members of FCMG.