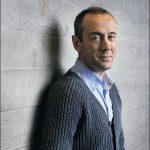 Hytner was born in Manchester to a Jewish family, the son of barrister, Benet Hytner, QC, and his wife, Joyce. He attended Manchester Grammar School and read English at Trinity Hall, Cambridge. In the early 1980s he worked at Exeter University’s Northcott Theatre, and in the theatre department. He later became an Associate Director at Manchester’s Royal Exchange Theatre, where he worked between 1985 and 1989. Hytner first found himself working regularly at the National Theatre in London between 1989 and 1997.

Hytner has also directed films, such as The Crucible, The Madness of King George, The Object of My Affection and Center Stage. The Crucible was entered into the 47th Berlin International Film Festival.
Openly gay, Hytner strove to avoid stereotypical gay characters in The Object of My Affection. The film was later criticized by some gay critics as a “commercial whitewash.”

Hytner is also a successful opera director with his production of Xerxes winning the Laurence Olivier Opera Award in 1985. Xerxes and his production of The Magic Flute are both still in the English National Opera repertory. He has also directed opera for Kent Opera, Covent Garden, Glyndebourne, Paris Opéra, Théâtre du Châtelet, Grand Théâtre de Genève and Bavarian State Opera.

Hytner was knighted in the 2010 New Years Honours List for services to drama.