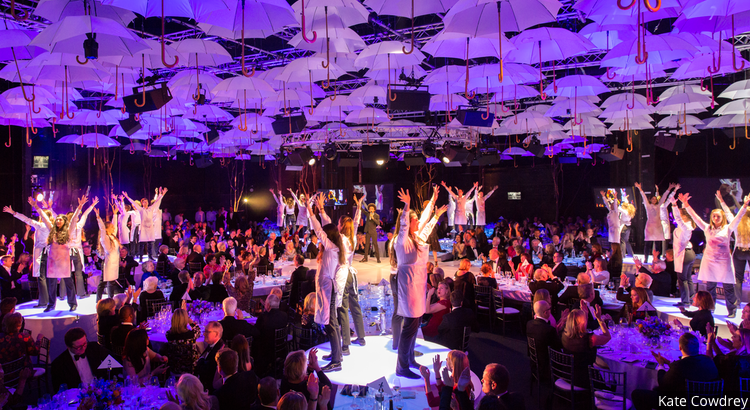 At the beginning of March, selected Senior and Chamber Choir members were invited to perform at the National Theatre’s prestigious ‘Up Next’ fundraising Gala and in doing so helped to raise over £1 million to support greater access to the arts for children and young people across the country.  The event opened with an energetic cabaret by over 100 children, setting rhythmic gymnastics and modern, tap and street dance to an arrangement of David Bowie’s ‘Heroes’ sung by FCMG and Kaos.  During the evening there were live performances from Sir Lenny Henry, Tamsin Greig, Rory Kinnear and Anne-Marie Duff, with guests including Billie Piper, Lily James, Nathan Lane, Adrian Lester and Danny Sapani. The event closed with an exhilarating performance of Queen’s “Don’t Stop Me Now” by FCMG and Rosalie Craig in which the singers performed on podiums amongst the star-studded audience to rapturous applause.