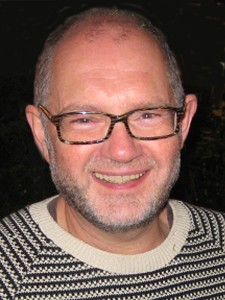 Raymond Mack started his musical career as a treble chorister in St Macartin’s Cathedral, Enniskillen with which choir he took part in many choral festivals throughout Ireland.

He has studied piano since the age of six and took up the violin a few years later. Raymond was a member of the National Youth Orchestra in Northern Ireland and subsequently the BBC Studio Orchestra in Belfast under the direction of Dr Havelock Nelson.
Since moving to London, Raymond has continued to play with various orchestras at London’s top concert venues and has recorded film scores with several leading composers of that genre. He currently plays with the London International Orchestra which performs to raise funds for specific charitable organisations.

In 2006 he became the accompanist to FCMG’s Beginners Choir, working with his wife Janie, who is the Choir’s Director. This is the continuation of a successful professional partnership which also includes Vivace Voce adult choir, FULL COMPANY an adult musical theatre evening class, the Children’s Choir of Our Lady of Muswell Church and MUSICART which provides a creative holiday club for primary age children – now in its tenth year.

Raymond continues to successfully enjoy teaching piano and violin to a wide age range of pupils – a new direction which he embarked on in 1992. He is also a professional Graphic Designer working both free-lance and previously for large organisations – such as the Central Office of Information and London Business School.